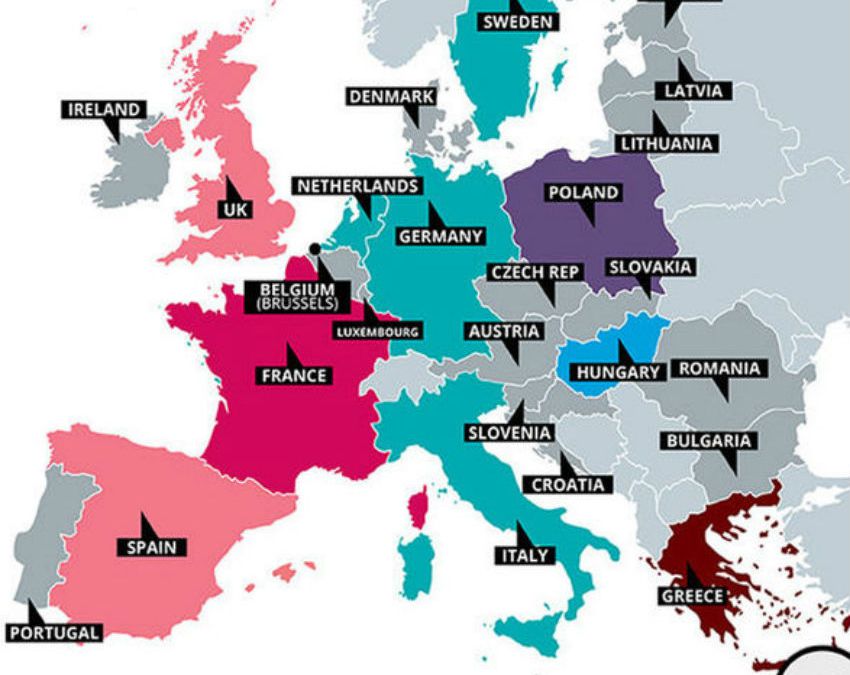 On June 23, the United Kingdom—comprising England, Wales, Northern Ireland, and Scotland—shocked the world by voting to sever its 40-year-long economic relationship with the European Union, sending stock markets into a sharp dive and triggering recession worries across the globe. Currently, no one can predict exactly how Brexit will impact supply chains in the U.S. and the rest of the world because it will take two years or more to complete the exit negotiations. That realization seems to have righted markets for the short-term, but shippers should expect volatility in procurement, customs, the Transatlantic Trade and Investment Partnership and other trade agreements, and more as the exit negotiations solidify and final terms become known.

While the referendum’s outcome was certainly considered an upset, some shippers had already planned for the possibility by analyzing the data and building contingency plans into their operations. For those caught off guard, however, now is the time to plan for three effects on U.S. supply chains.

1. U.S. companies with a British, European, or global presence will be hit hardest.

U.S. transportation companies and supply chain players that have a European presence—like FedEx,  UPS, XPO Logistics, or YRC Worldwide—will feel the effects of Brexit more than their counterparts with little or no European exposure. U.S. suppliers could also lose business with U.K. partners if new terms favor regional trade and relationships. As the U.K. departs the E.U., shippers who rely on U.K. businesses may see cost increases, more cybersecurity threats, employee and skills deficits, and issues that result from relocating physical operations.

Brexit has strengthened the U.S. dollar against the pound and other currencies, making U.S. goods more expensive on the global market, at least temporarily. During this period of economic uncertainty, U.S. companies might sell and ship fewer goods overseas.  A decrease in exports means fewer domestic trucks will transport goods to ports. On the other hand, a strong dollar also makes foreign imports more affordable, attracting more products to U.S. ports from other countries. Even though the U.S. transportation industry is largely contained within North America, these shifts in imports and exports are likely to impact trucks on the road.

3. TTIP will probably be delayed.

The proposed Transatlantic Trade and Investment Partnership, or TTIP, seeks to increase bilateral trade between the U.S. and the E.U.  This would mean more shipments back and forth across the Atlantic, and as a result, an increase in transportation needs throughout the supply chain. For the past three years, parties have been hashing out the deal that could add $90B per year to the U.S. economy, but completing negotiations by the end of the current administration was not likely even before Brexit. Negotiation details are confidential, but experts say the food sector is a key sticking point, particularly the issues of food safety and GMOs, consumer protection, and the environment.

Just how the transition will manifest and how long it will take is painfully unclear for shippers. While a sudden shutdown on trade with Brittain isn’t likely, President Obama has indicated that bilateral trade negotiations with an independent U.K. would take a backseat to negotiations underway with the E.U. bloc. Adding complexity, upcoming elections in the U.S., U.K., Germany, and France mean future leaders could lead trade in entirely new directions.

To manage the uncertainty Brexit creates for shippers, you should assess risks to business continuity and then create contingency plans that: