Across the United States, Americans are getting ready to cast their votes in one of the strangest and most controversial elections we’ve seen in some time.

For shippers and carriers, the outcome will affect business dealings globally and at home, with aftereffects that ripple through the supply chain for years. But the issues are complex and the candidates are not always clear. Below, we’re breaking down three supply chain issues, and discussing where the two main candidates stand on each.

Intended to eliminate tariffs between 12 partnership countries and level the trading field in the Asia-Pacific Region, the TPP has the potential to open up foreign markets for exporting goods while creating new jobs. Yet, not all are convinced. Here are some important facts to consider:

So far, retailers have mixed feelings about TPP, but 17 percent expect challenges in procuring materials and resources while 22 percent predict greater risk of delays and disruptions. Protectionist measures (actions taken in opposition to free trade) can also emerge, potentially leading to higher costs, and forcing retailers to renegotiate with suppliers or raise prices for consumers.

Some retail executives say they would restructure their supply chains, sourcing from or moving production to the U.S. and other countries. And although some companies do see technology helping to improve communication in the channel, better manage inventories, lower costs, and avoid risks, 68 percent of retailers have no plans in place to help them mitigate trade issues if they occur.

Both Hillary Clinton and Donald Trump oppose the TPP deal signed on February 4, 2016 because of shortcomings, but finalizing the details will take two years.

Today, corporations in the U.S. pay a 35 percent tax rate, more than companies doing business in other parts of the world.  According to proponents of tax reform, high taxes make it hard for U.S companies—especially smaller businesses like owner operators—to compete in the global marketplace and create a disincentive to invest in technology, training, R&D, and other improvements.

Regardless of the election’s outcome, experts say companies need to actively participate in conversations with the government about the tax code, particularly in terms of how rates influence their actions in hiring, procurement, and the supply chain in general.

Both candidates support tax reform, but differ on how much and how. Both support full expensing, which allows companies to write off assets completely in the first year, as opposed to requiring years of depreciation. They also agree on lowering the overall corporate tax rate, but diverge on the details. Clinton is likely to reevaluate existing credits and deductions, but the degree of change will depend on congressional support. Likewise, if Trump wins, radical change is possible, but only likely with an all-Republican Congress. 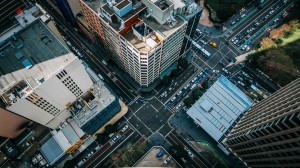 Both candidates support funding, but disagree on funding approaches. Trump has said he will commit $1 trillion, but won’t raise the gas tax, which has traditionally paid for federal infrastructure improvements. Instead, he plans to invite private investors to participate and eliminate restrictions on oil production. Clinton proposes $275 billion in spending now and establishing an infrastructure bank to prevent disruptions in funding, with an initial $25 billion investment for ongoing improvements. Her plan’s funding will come from reauthorizing the America Builds bond program and restructuring business taxes. Clinton also opposes raising the gas tax.

In addition to these national and global issues, shippers should take a solid look at what’s happening locally. In the last few years, many state and local representatives have voted on transportation spending and speed limits. Measures such as truck-only tolls, trucking lane restrictions, truck weights, truck parking and towing, and rest area closures impact not only costs and logistics, but also the driver quality-of-life issues at play in the industry today. Reflecting on how your local government managed some of these issues may impact your decision.

November 8 is less than a week away, and supply chain professionals have much to consider. No matter which candidate wins the election, Nebraska Warehouse is ready with the team, technology, and experience to guide you through the transition and make the best decisions for your supply chain.