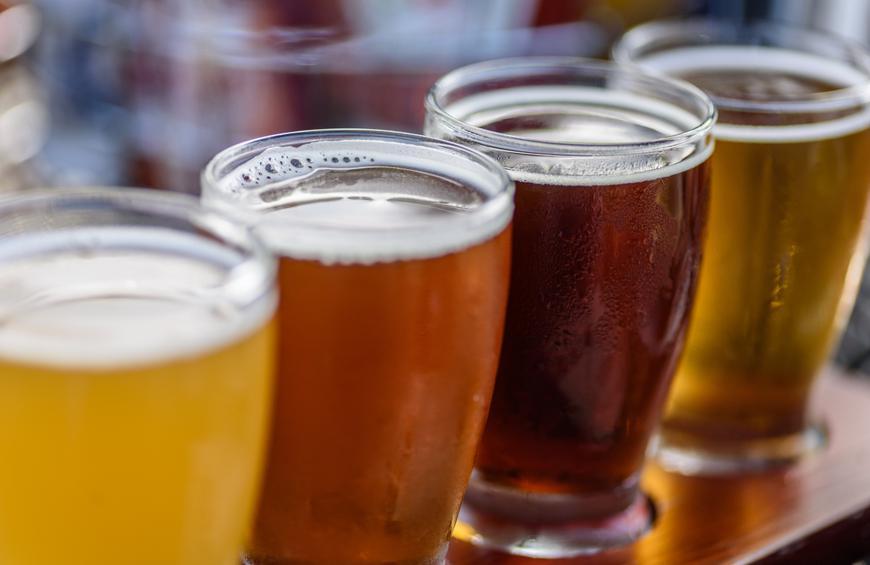 Beer is a serious subject for those who love to imbibe. Even the casual drinker has their preferred brand or style. The beer industry has been dominated by the same big names for generations, and while this was okay for a long time, the quality of their offerings started to decline. This, of course, led to many beer drinkers and hops aficionados starting to feel disillusioned with Big Beer. Over the years, there have been many craft breweries to pop up in major cities.

The Revolution of Craft Beers

Naturally, with angst comes rebellion which is followed soon after by a revolution. In the world of beer, the revolution can in the form of craft breweries. People started investing in quality ingredients and started opening small micro-breweries that offer a wide range of local craft beers. When it comes to independent craftsmanship, those who decided to take on Big Beer were the most creative. Instead of focusing on simply the concentration of the alcohol, these breweries focused on quality, taste, and the overall beer drinking experience.

That means they could change their recipes often to include new flavors to meet their client’s demands or even to match the season. Over time, Big Beer no longer remained the only option for those looking for a cold beer after a long day at work.

The Rise of Craft Breweries

What started off as a local experiment now accounts for 25% of the entire market of beer sales in the USA. With the market being valued at just over $125 billion annually, the craft beer revolution is truly historic. These numbers come directly from The Brewers Association and they are set to increase in the coming days. Overall, Vermont is leading the charge with an average of 12 craft breweries per 100k residents. While that may seem like a small amount, it comes out to about 150 pints of beer for each adult over the age of 21. Maine and Montana are not far behind and the Southern States are at the bottom of the list.

The Future of Craft Beer

Although the world is in a weird state of flux with most restaurants and bars closed or operating only in a limited capacity, Microbreweries and craft beer are here to stay. The global craft beer market is still on track to reach an estimated value of 500 million by 2025 with close to 100 million of that being in the US market alone.

Will Craft Beer Beat The Slump?

Every business is in a slump but alcohol and medical supplies are two niches that always seem to maintain their strength even during a recession. While some may think this market is heading for a peak, studies show that the ability to adapt, change flavors, and create new processes will drive the craft beer market well into the next decade.

Nebraska Warehouse doesn’t just help to facilitate your shipments, but we are truly a one-stop-shop solutions provider. Our services include: